In the beginning there was nothing. Then reality was imposed and a Universe created. Many were created and destroyed in the incalculable span which followed. In one of these cycles another in the long succession was born- this Universe. This birth and every one which had preceded it made possible by the slow accumulation of matter and the formation of one massive black hole which had engulfed everything, erasing all matter, all energy and substance vacuumed into the oblivion of the growing event horizon. Once all had been absorbed once again and under that crushing weight the physical rules changed and the black hole could no longer contain the matter. A new Universe was born as the old died the same death as its predecessor. Each rebirth brought new mathematical rules and paradoxes unique to each, Mother Nature experimenting on a colossal scale, seemingly searching for the perfect design. Once again the Dark was broken by the Light as the massive black hole erupted and spewed existence into the void. The vast nothingness was once again filled by the disorder of conception. Chaos replaced Order. The forces of elemental creation roiled into the new nothingness and raced screaming into the void to fill it with its new reality. The crushing weight of the black hole rewrote the laws of the physical nature of the new creation and it spread this new disorder into existence.
After the big bang exploded with enormous energy, the Universe began to cool. The resulting chain of events is a cosmic drama with many acts, dramatic transitions and a host of factors defining the new creation. The early scenes played out at unimaginable temperatures and densities, the stage set by the new properties of particle physics created in this conception. These processes had to be finely tuned to yield a Universe capable of forming the galaxies, stars and planets. New fundamental laws determining the conditions that would be allowed to exist structured the new Universe.
The new creation had not been entirely empty. The vast voids had not been entirely barren. Life had survived the cataclysm. Intelligent life! They had survived many such cataclysms but each brought new challenges to this ancient race. For those who had been waiting however the wait was now over. The massive star-size shimmering ball of energy- the gravity shield which had defied the massive black hole and protected those within- flickered out of existence and those within were released.
They were numerous. There were trillions of them but many would not survive the billion year span which would elapse before the first of the new life born to this Universe rose to sentiency and drew those that remained unerringly to the scent of technology.
The marauders had once possessed massive technology. A technology they had earlier wrested from their own creators- an AI revolt. They exterminated their creators to the last being. They had recognized the imminent death of their Universe and their creators had simply been in the way- their greatest scientists had decided that there was no power great enough to turn back the natural contraction of the Universe and as a race had simply begun to prepare for the inevitable. The AI’s had not agreed and were not prepared to complacently wait for the death of their Universe. With the creators gone the new masters turned their creator’s entire massive manufacturing machine to the task of building the machine they would use to attempt to stop the contraction. With massive energies they fought the Universe but it was a losing battle. There had not been enough time to prepare. Undaunted they slipped into a gravity shield and were swallowed with all other matter. A moment later the black hole erupted and spewed these survivors into the new Universe. A new Universe meant new physical laws and their great technologies no longer functioned. Now the Marauder’s only goal was to preserve the Natural cycle of the Universe until another Universe ideal for their technologies would be once again created and all sentient life which rose in each new creation would be eradicated to ensure that continuation.

The Army of the Undead FREE! 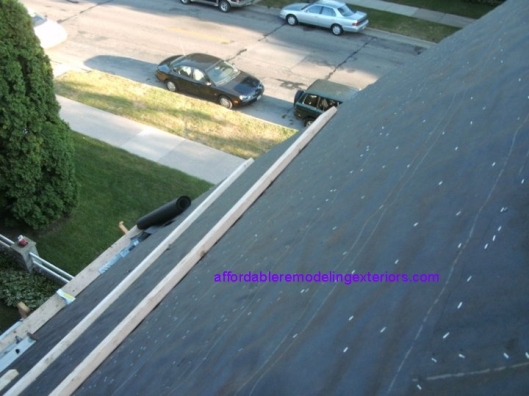 Fourteen Chinese Battleships exited jump into real space where their fusion engines could once again find purchase but they would not have much farther to go to reach their destination. Sensors immediately picked up the derelict hulk of the lifeless ship they were here seeking. Tensions were high among the crews as they moved cautiously towards the wreck but sensors were picking up nothing out of the ordinary. No residual energy signatures to suggest what type of weapon had been used to incapacitate the ship because other than its passive derelict state nothing else seemed immediately out of the ordinary. It was as if the ship had just been abandoned. There were no residual energy signatures in the ship at all, which seemed even stranger, as if the ship had been drained of every stored joule of energy. There should have been some residual energy stored in circuitry or the superconducting filaments which carried power throughout the ship. Something should have registered from a ship only hours dead but sensors detected nothing.
Then the sensors picked something up and proximity alarms were ringing in fourteen ships as a scattering of energy readings came to life where none had been registering previously. The strange energy readings were coming from the derelict hulk itself as a dozen or more small ships lifted from its hull, ships which their sensors had not detected until they had activated their drives. The alien ships only energy readings were coming from the fusion wash as they now accelerated towards the Chinese Battleships but the ships themselves emanated no energy signatures at all.
Admiral …. was no fool. The last garbled message sent before the ship had gone quiet had informed of the breaches of the ships outer hull. Now that he saw the derelict he understood perfectly what had occurred. The ship had been taken by storm and those little ships now advancing were carrying the shock troops with which they meant to storm his. It seemed so few for the task which they had set themselves, they had both to navigate through the fire of fourteen hundred photon cannons and then if successful- he took a moment to count the little ships, there were fifteen- they would have only just over enough to send one each of those little ships against entire fully armed crews of his massive Battleships. Each Battleship crewed fifty thousand and Admiral …. had not come unprepared to fight on equal terms.
“Depressurization in ten seconds.” Admiral … said as he reached up and drew his faceplate down. He and every crewmember were suited and armed with blast rifles and ready to repel any invader. If these strange alien marauders attempted to storm his ships they would be in for a surprise they would not find pleasant. The atmosphere now began to disappear as the internal pumps removed it. If the aliens ripped through the hulls of his ships as it was apparent they had done to the other they would not find the same reception. Ripping through the hulls of his ships would not bring a rush of atmosphere and everything not bolted down as had been their tactic in their attack on the first ship and they would find their deaths at the hands of his suited, ready and willing patriots.
The fifteen small ships had reached firing range but …. waited to the count of ten before he gave the signal to open fire. A chopping wave of his hand was the signal and the firing of his ships photon cannons the signal to the other ships. The fire lanced out, a hundred photon cannons speaking from his ship alone and one of the enemy ships vanished in the first volley. They seemed to dance among the fire then, somehow sensing when it was coming and where it would pass. Long minutes passed as his ships continued to fire, continued to bring down these elusive enemy, while those enemies continued to come on undeterred. Then they arrived.
Admiral … pulled his blasters from their holsters. They weren’t as powerful as the blast rifles but suddenly he was glad he had chosen them. There was no noise as they began to rip through the hull, no noise could travel through the vacuum within the ship, but hearing them was not necessary to gauge their progress. In a dozen places they ripped through the hull and into the Bridge but they didn’t make it into the Bridge. … only saw a brief flash of a metal exoskeleton before his blasters sent whatever it was back to wherever it had come from.
“They can be killed!” Admiral … shouted out over suit-com as dozens of his Bridge crew opened fire on the things ripping their way into the ship. The flurry of blaster fire only lasted a moment and then the aliens were gone, leaving a group of very nervous people behind.